The elements of value is a model that was developed by the consulting company, Bain. They found that what customers value usually falls into four buckets - functional, emotional, life changing and social impact.

The lesson? Use some of the elements of value in your idea. Try to incorporate at least five elements to satisfy your customers and help you make more money faster.

The Elements of Value Pyramid 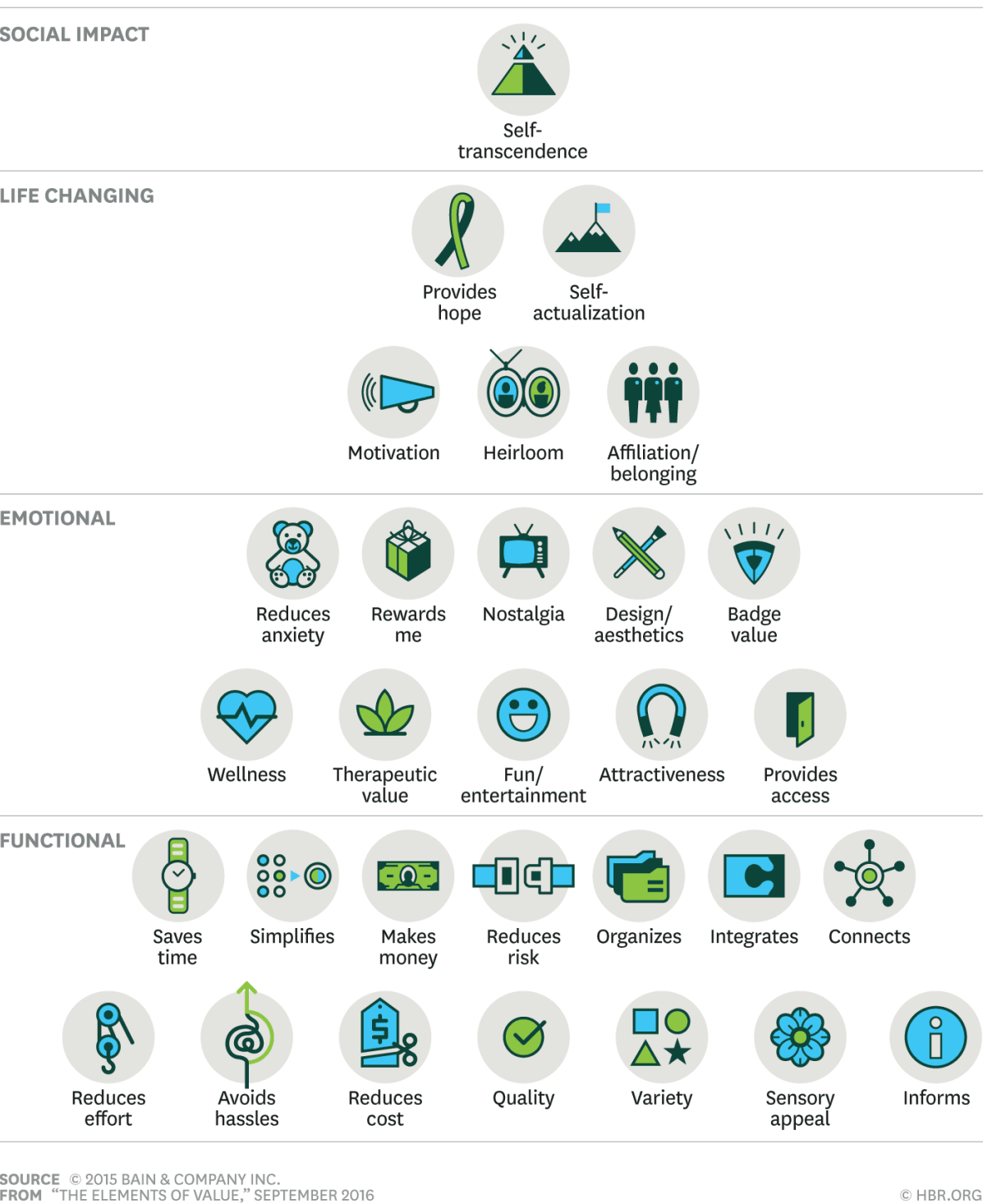