Differentiate yourself from customers and identify 'blue ocean opportunities' by identifying factors of competiton with the strategy canvas tool.

This tool was popularised in the book Blue Ocean Strategy by W. Chan Kim and Renee Mauborgne.

By determining what factors of competition are for your product or industry, you can help to identify how you can be different and establish a competitive advantage.
‍
When Nintendo released the Wii to compete with PS4 and Xbox, they didn’t focus on being a best-of-breed videogame console. They focused on bringing non-core gamers back to gaming by making it all about feeling. Unlike its competitors, the Wii is cheap, has no Hard Disk, no DVD, no Dolby 5.1, weak connectivity, comparatively low processor speed, but it blew minds away with its innovative motion control stick when it came out. 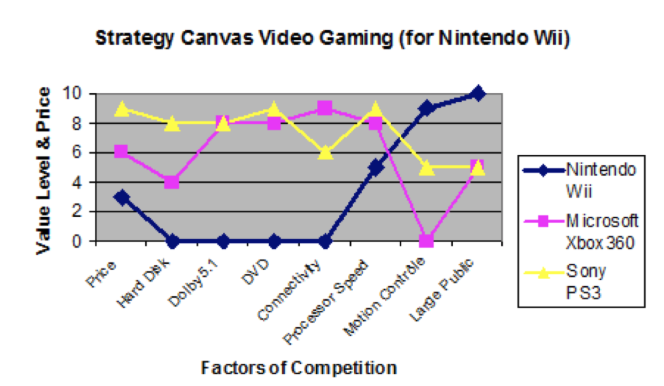 Another example of the Strategy Canvas in action can be found in Cirque du Soleil, the modern circus, below. As you can see, they got rid of star performers, animal shows and aisle concessions in favour of theme, refined environment and artistic music and dance to compete with traditional circuses. They were able to increase their price because they were appealing to adult audiences, instead of families with children. 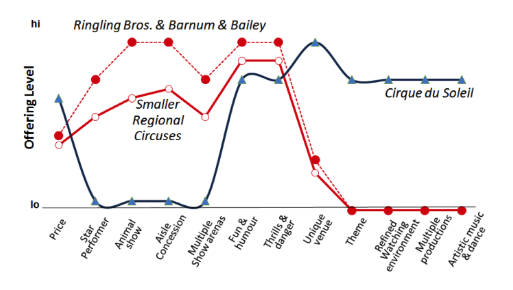 How can you be different?

You might want to map out your answers in a quadrant, per the below. 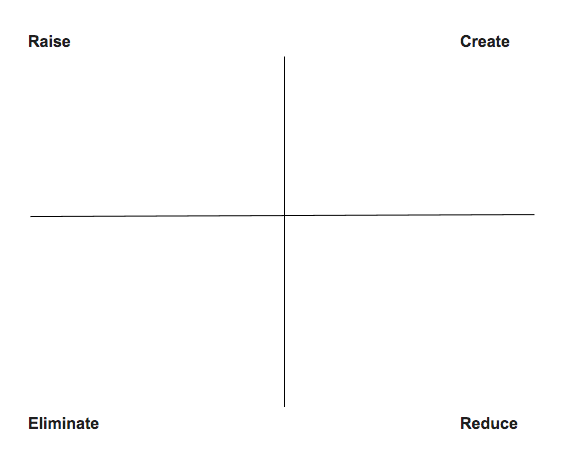