You can’t connect the dots looking forwards, you can only connect them looking backwards.

Moore’s Law has underpinned rapid changes in technology in the past decade. These changes are turning what was once just science fiction, into science fact.
‍
Find below an overview of key technologies changing the way we live, work and play. 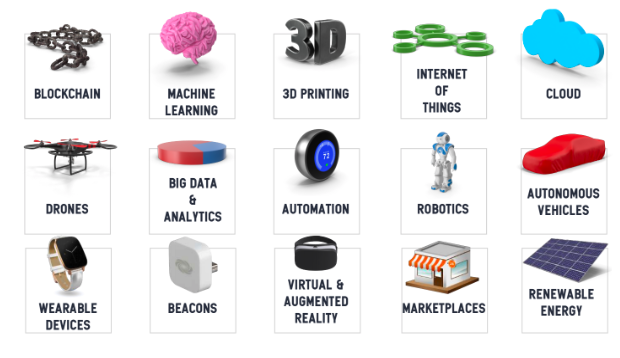 You may have heard the term ‘blockchain’ and dismissed it as a fad, a buzzword, or even technical jargon. But blockchain is a technological advance that may transform not just the financial services but many other businesses and industries.

Think of blockchain as a distributed spreadsheet, which sits across thousands of computers, and is updated in real-time across them all.
‍
It maintains a growing list of ordered records, called blocks. Each block has a timestamp and a link to a previous block.

Imagine a digital medical record: each entry is a block. It has a timestamp, the date and time when the record was created. And by design, that entry cannot be changed retroactively, because we want the record of diagnosis, treatment, etc. to be clear and unmodified.

Only the doctor, who has one private key, and the patient, who has the other, can access the information, and then information is only shared when one of those users shares his or her private key with a third party — say, a hospital or specialist.

This describes a blockchain for that medical database.

By 2025, computers could do the work of 140 million knowledge workers. 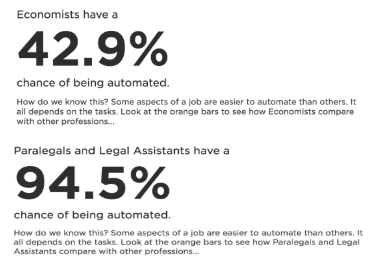 The Internet of Things (IoT)

Right now, 99% of physical objects are unconnected to the “internet of things.” It won’t last.
By 2021, up to 1 tillion devices will be connected to the internet.
‍
Expect sensors to collect information on the health of machinery, the structural integrity of bridges, and even the temperature in ovens.

The growth of cloud technology has changed just how much small businesses and startups can accomplish and is driving much of the disruption to large incumbents.

Large companies in almost every field are vulnerable, as start-ups become better equipped, more competitive, and able to reach customers and users everywhere. 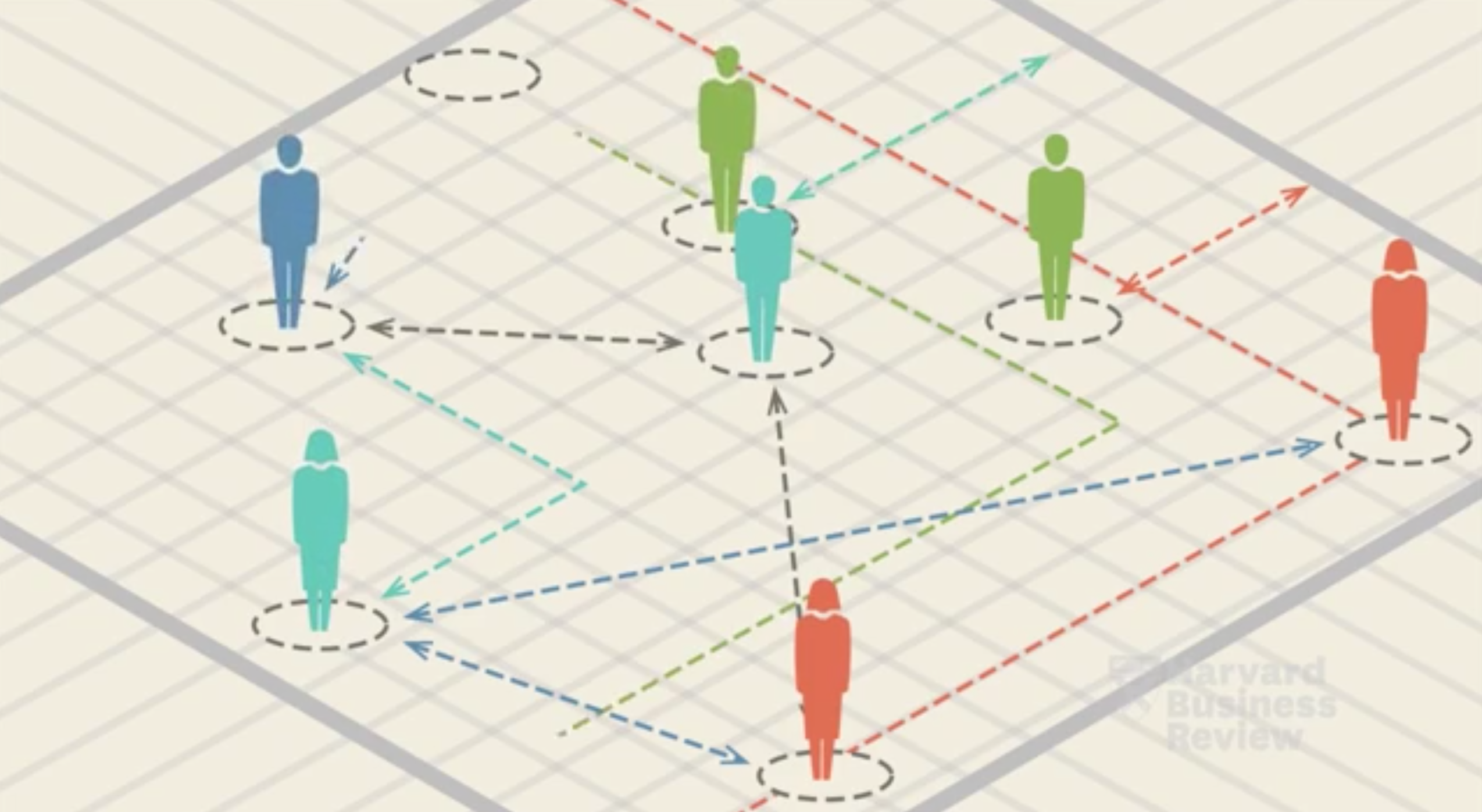 Click above to watch The Explainer: Big Data and Analytics

“Every two days now we create as much information as we did from the dawn of civilization up until  2003” - Eric Schmidt, Google

What can big data do?
Cure disease and prevent cancer – Data-driven medicine involves analyzing vast numbers of medical records and images for patterns which can help spot disease early and develop new medicines.
‍
Feed the hungry – Agriculture is being revolutionized by data which can be used to maximize crop yields, minimize the amount of pollutants released into the ecosystem and optimize the use of machines and equipment.
‍
Explore distant planets – NASA analyzes millions of data points and uses them to model every eventuality to land its Rovers on the surface of Mars and plan future missions.
‍
Predict and respond to natural and man-made disasters – Sensor data can be analyzed to predict where earthquakes are likely to strike next, and patterns of human behavior give clues which help aid organizations give relief to survivors. Big Data technology is also used to monitor and safeguard the flow of refugees away from war zones around the world.
‍
Prevent crime – Police forces are increasingly adopting data-driven strategies based on their own intelligence and public data sets in order to deploy resources more efficiently and act as a deterrent where one is needed.Make our everyday lives easier and more convenient – Shopping online, crowdsourcing a ride or a place to stay on holiday, choosing the best time to book flights and deciding what movie to watch next are all easier thanks to Big Data.

The explosion of mobile apps has dramatically changed our personal experiences (goodbye hookup bars, hello Tinder), as well as our professional lives. More than two thirds of people on earth have access to a mobile phone, and another two or three billion people are likely to gain access over the coming decade.

The result: internet-related expenditures outpace even agriculture and energy, and will only continue to grow.

The robots are coming!

Sales of industrial robots are expected to exceed $40 billion by 2020. As robots get cheaper, more dexterous, and safer to use, they'll continue to grow as an appealing substitute for human labor in fields like manufacturing, maintenance, cleaning, and surgery.

As super computers make the enormously complicated process of genetic analysis much simpler, the authors foresee a world in which genomic-based diagnoses and treatments will extend patients’ lives by between six months and two years in 2025.

Sequencing systems could eventually become so commonplace that doctors will have them on their desktops.

The ability to manipulate existing materials on a molecular level has already enabled advances in products like sunglasses, bike frames, and medical equipment. Scientists have greater control than ever over nanomaterials in a variety of substances, and their understanding is growing. Health concerns recently prompted Dunkin' Donuts to remove nanomaterials from their food. But certain advanced nanomaterials show promise for improving health, and even treating cancer. Coming soon: materials that are self-healing, self-cleaning, and that remember their original shape even if they’re bent.

Autonomous cars are coming, and fast. By 2025, the driverless revolution could already be well underway. All the more so if laws and regulations in the U.S. can adapt to keep up.
‍
Case in point: Some BMW cars already park themselves. What are the implications for the transport industry (think truck drivers, taxis, parking spaces, car insurance, shipping and delivery…)